What Happens During a Gastroscopy?

Gastroscopy, or sometimes called upper gastrointestinal endoscopy, is the process of visually examining the interior of the stomach to assess, diagnose, and/or treat gastrointestinal problems.

This procedure requires the use of a gastroscope or endoscope, a thin and flexible fiber-optic instrument containing a camera and a light that is passed through the mouth and into the digestive tract.

You may be wondering if you, or someone you know, might need a gastroscopy.

One way to determine this is by checking if you, or that person you know, are experiencing one of the usual symptoms which include:

If the above symptoms have been observed, it is best to consult a gastroenterologist in Cape Town for proper diagnosis and treatment.

If your doctor suggests gastroscopy to diagnose the underlying reason for your symptoms, it is best to be aware of what happens during a gastroscopy, as well as things to do to prepare for and recover from it. 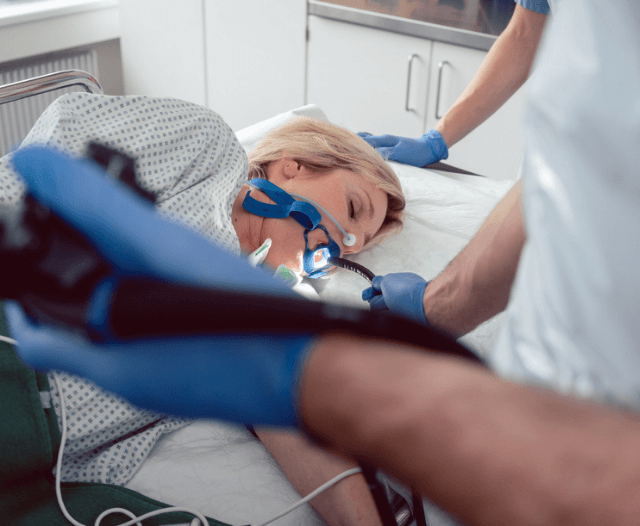 Preparing for a Gastroscopy

The patient will be asked not to eat for at least 6 to 8 hours nor drink anything for at least 2 to 3 hours before a gastroscopy.

If taking any medicines, the patient must check with their doctor to determine if it should be all right to continue taking them.

They may be asked to stop taking medicines which can increase the risk of bleeding for a few days before the test; these include warfarin, aspirin, and non-steroidal anti-inflammatory (NSAID) medicines.

They should also stop taking medicines for indigestion for up to 2 weeks before a gastroscopy as these might mask some problems that the procedure could identify.

However, these all depend on the patient’s circumstances, which is why it is very important to check first.

Checking for symptoms and confirming a diagnosis is called a diagnostic gastroscopy.

On the other hand, a gastroscopy used to treat conditions such as bleeding ulcers, blockages in the esophagus, non-cancerous growths (polyps), or small cancerous tumors is known as a therapeutic gastroscopy.

Now what exactly happens during a gastroscopy?

First, the doctor will discuss the procedure with the patient and answer any questions.

They will then be asked to sign a consent form allowing the test to be done and then direct them to get admitted for one day or even just a couple of hours prior to the main medical process.

The diagnostic procedure usually takes less than 15 minutes; however, it may take longer if it is being used to treat a condition.

Basically, the patient will be asked to lie flat, usually on their side.

Unlike other procedures, the patient will not be asked to get undressed, but they may be asked to wear a hospital gown over their clothes.

They are then given a sedative and sometimes a pain-reliever medicine via injection into a vein. The sedative will then help the patient to relax and may even put them to sleep.

The patient will usually have little recollection of the procedure.

In some cases, however, the procedure can be done without a sedative, but this would need to be discussed with the doctor before signing the consent form.

To prepare the patient for the endoscope, a local anesthetic will be sprayed at the back of the throat for it to be numb and avoid gagging.

A small mouthguard will then be placed between their teeth to avoid them from biting the endoscope as well as to protect their teeth.

If the patient wears dentures, these should be removed for the procedure.

Once the preparations are done, the endoscope will then be placed into the patient’s mouth and will be instructed to swallow it down into their stomach which is similar to swallowing a big piece of food.

This might make the patient uncomfortable, but this should pass as the procedure goes on.

The doctor will direct air into the patient’s stomach via the endoscope; this is done to make the viewing of the stomach, duodenum, and esophagus easier.

The doctor would then make a diagnosis if any unusual redness, holes, lumps, blockages, or other abnormalities are found.

Photos can be taken through the endoscope for future reference.

If irregularities are found, a special instrument would then be inserted through the scope which will be used to take a small tissue sample (biopsy) that will then be sent to a laboratory for further examination under a microscope.

Treatments that can be performed while the endoscope is in may include:

These procedures shouldn’t be painful, but it may cause discomfort or an unpleasant sensation at times.

As mentioned earlier, a gastroscopy usually just takes about 15 to 30 minutes.

After that, the patient will then be transferred to a recovery room and a nurse will provide care until the patient wakes up or recovers.

Patients can usually go home after about 2 hours. It is best to have someone to drive the patient home as they will still be drowsy after the gastroscopy.

The patient should also rest throughout the day once they get home.

Although the doctor may briefly run through the findings of the gastroscopy with the patient at the facility once the sedative has worn off, a follow-up appointment is usually made to discuss the test results in more detail. 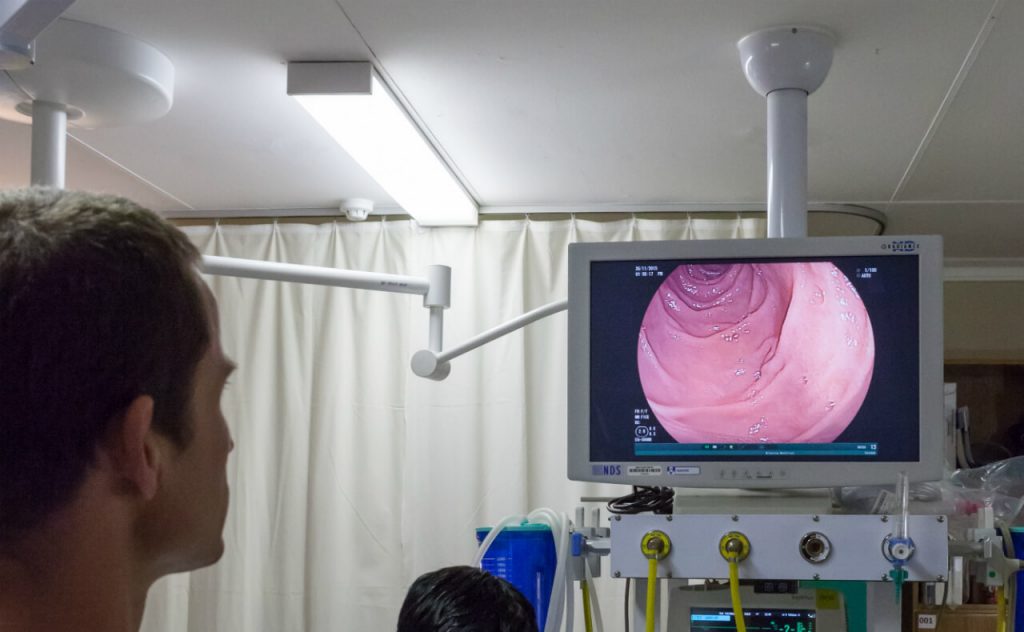 Risks of a Gastroscopy: What Could Go Wrong?

Knowing what gastroscopy is, what it is used for, and what happens during one, let’s talk about the risks.

Although gastroscopy is a very safe procedure as mentioned earlier, it does entail the risk of complications, much like all other medical procedures.

With that, you now know what a gastroscopy is, why you or someone you know might need to undergo one, and what happens during the procedure.

Knowing the necessary steps to prepare as well as the aforementioned minimal risks should help in deciding to undergo gastroscopy and avoid further complications that might require more drastic measures to treat.