Pronounced “lee-sion” with an emphasis on the “lee,” a lesion can be almost any damage or abnormal change involving any tissue or organ due to physical trauma or disease.

The word “lesion” comes from the Latin noun “laesio” meaning “an attack or injury” which is related in Latin to the verb “laedere” = “to hurt, strike or wound.”

Because the definition of a lesion is so broad, the varieties of lesions are virtually endless.

Lesions can occur anywhere in the body and are generally classified by their patterns, their sizes, their locations, or their causes.

Here we look at some of the ways in which lesions vary from one another and then we will take a closer look at gastrointestinal (GI) lesions and their treatment process.

Lesions can be categorized according to whether or not they are caused by cancer. A benign lesion is non-cancerous whereas a malignant lesion is cancerous.

For example, a biopsy of a skin lesion may show that the lesion is benign or malignant.

Lesions can be defined according to the patterns they form.

The particular pattern which a lesion forms can also form the basis of it’s naming convention.

A bullseye, or target, lesion, for example, is one that looks like the bullseye on a target.

An example of its identification is through that of an X-ray of the duodenum where the bullseye lesion can represent a tumour with an ulcer in the centre.

Another distinct, patterned lesion is that of the coin lesion. This lesion is a round shadow resembling a coin on a chest X-ray It, too, is usually due to a tumour.

In typical human fashion, we like to name many things after ourselves.

Lesions are not exempt from this. Lesions can be named after the person who first described them.

For instance, a Ghon lesion (or Ghon focus) is the scar-like “signature” in the lungs of adults left by tuberculosis in childhood.

Lesions also vary by name and categorization based on size.

A gross lesion is one that can be seen with the naked eye.

A microscopic or histologic lesion requires the magnification provided by a microscope to be seen.

Lesions on the molecular level have also been classified. The basis of sickle cell disease, for example, is a molecular lesion as it is only detectable on the DNA level.

Location is another basis for naming lesions. In neurology, a central lesion involves the brain or spinal cord, i.e., the central nervous system.

This is in contrast to a peripheral lesion which involves the nerves away from the spinal cord and does not involve the central nervous system.

There is a virtually endless assortment of lesions in medicine:

Many are named after people including the Armanni-Ebstein lesion, a Bankart lesion, a Blumenthal lesion, and so on. 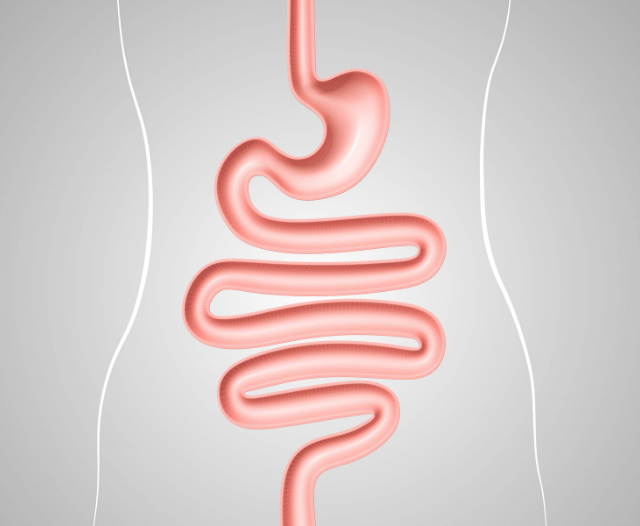 As we’ve seen, a lesion can be almost any damage or abnormal change involving any tissue or organ due to physical trauma or disease.

A gastrointestinal lesion can often result in bleeding. A symptom of a lesion, or general disorder in your digestive tract, blood may appear in your stool or vomit although it isn’t always visible.

The level of bleeding can range from mild to quite severe so it is important to know how to read the signs so that you may get help as soon as possible.

Your doctor may use sophisticated imaging technology to locate the cause of bleeding followed by varying treatment depending on the gastrointestinal bleeding.

If bleeding occurs in your oesophagus, stomach, or the initial part of the small intestine (duodenum), it’s considered upper GI bleeding.

Peptic ulcers are a common cause of GI bleeding. These ulcers are open lesions that develop in the lining of your stomach or duodenum.

Another cause of upper GI bleeding can be the result of enlarged veins in your oesophagus tearing. This is a condition called oesophageal varices.

Tears in the walls of your oesophagus can also cause GI bleeding.

A quite serious cause of upper GI bleeding is that of Dieulaofoy’s Lesion which occurs in the stomach wall. While rare, it can be life-threatening and must be ruled out when GI bleeding occurs.

Colitis, inflammation of the colon, is the most common cause of lower GI bleeding. Colitis has multiple causes, including infection, food poisoning, and Crohn’s disease.

Haemorrhoids are another common cause of GI bleeding. A haemorrhoid is an enlarged vein in your rectum or anus. These enlarged veins can rupture and bleed. 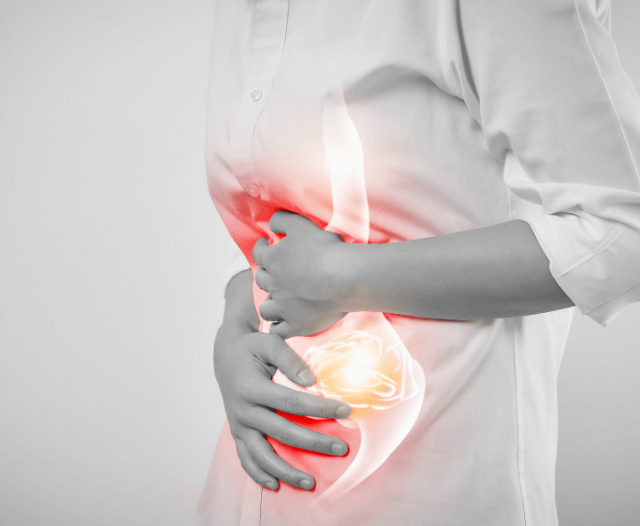 There are a few things that you can look for if you suspect that you might have GI or rectal bleeding.

Your stool might become darker and sticky, like tar, if bleeding comes from the stomach or upper GI tract.

You may pass blood from your rectum during bowel movements, which could cause you to see some blood in your toilet or on your toilet tissue.

This blood is usually bright red. Vomiting blood is another sign that there’s bleeding somewhere in your GI tract.

If you experience any of these symptoms call your doctor immediately.

GI bleeding could signal a life-threatening condition and, as such, immediate medical treatment is essential.

Also, seek treatment immediately if you experience any of the following symptoms:

If your bleeding starts abruptly and progresses rapidly, you could go into shock. Signs and symptoms of shock include:

When to See a Doctor?

If you have symptoms of shock, you or someone else should call your emergency medical number.

If you’re vomiting blood, see blood in your stools or have black, tarry stools, seek immediate medical care. For other indications of GI bleeding, make an appointment with your doctor.

Request an Appointment with Dr Deetlefs 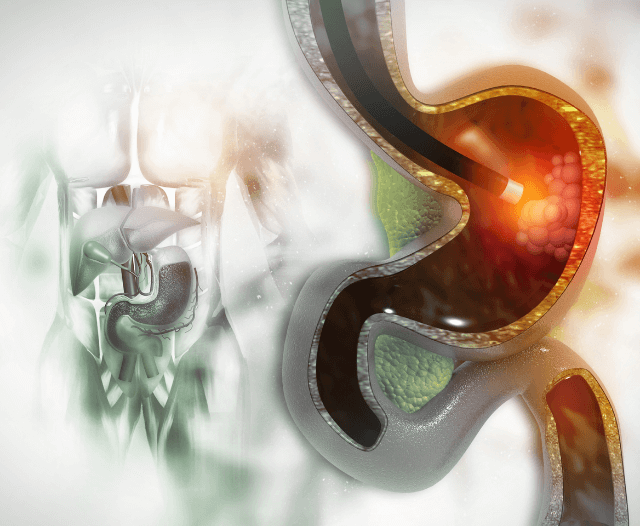 Diagnosis of the underlying cause of your GI bleeding will usually start with your doctor asking about your symptoms and medical history.

Your doctor may also request a stool sample to check for the presence of blood along with other tests to check for signs of anaemia.

Upper GI bleeding is most commonly diagnosed after your doctor performs an endoscopic examination.

Endoscopy is a procedure that involves the use of a small camera located atop a long, flexible endoscopic tube your doctor places down your throat.

The scope is then passed through your upper GI tract.

The camera allows your doctor to see inside your GI tract and potentially locate the source of your bleeding.

Because endoscopy is limited to the upper GI tract, your doctor may perform an enteroscopy. This procedure is performed if the cause of your bleeding isn’t found during an endoscopy.

An enteroscopic exam is similar to an endoscopy, except there’s usually a balloon attached to the camera-tipped tube. When inflated, this balloon allows your doctor to open up the intestine and see inside.

To determine the cause of lower GI bleeding, your doctor may perform a colonoscopy. During this test, your doctor will insert a small, flexible tube into your rectum.

A camera is attached to the tube so your doctor can view the entire length of your colon.

Air moves through the tube to provide a better view. Your doctor may take a biopsy for additional testing. 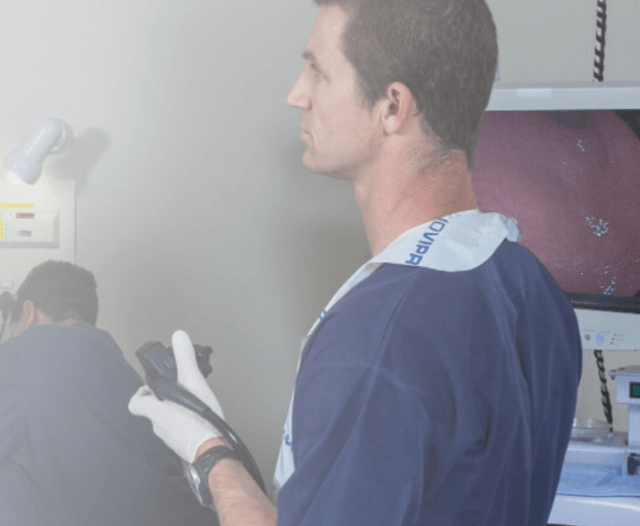 An endoscopy can be useful, not only in diagnosing GI bleeding but also for treating it.

The treatment is called haemostasis of bleeding lesions and the idea is to stop the bleeding.

The use of special scopes with cameras and laser attachments, along with medications can be used to stop the bleeding.

In addition, your doctor can use tools alongside scopes to apply clips to the bleeding vessels to stop the bleeding.

If haemorrhoids are the cause of your bleeding, over-the-counter (OTC) treatments might work for you.

If you find that OTC remedies don’t work, your doctor might use a heat treatment to shrink your haemorrhoids.

If infection is the cause then the doctor might prescribe antibiotics which are usually enough to treat infections.

How to Prevent a Lesion?

There are some lesions which you can reduce the probability of occurrence of. Gastrointestinal lesions, for example, may be less likely to occur if you follow a healthy lifestyle.

By “healthy lifestyle” I mean the age-old yet perfectly-sound advice of the following:

Gi Doc Capetown is a practice founded to provide medical solutions in the area of gastroenterology.

Over the years, Dr Eduan Deetlefs has earned the reputation of a trusted health expert providing consultative, diagnostic, and therapeutic endoscopic and related services to patients in Cape Town and beyond.